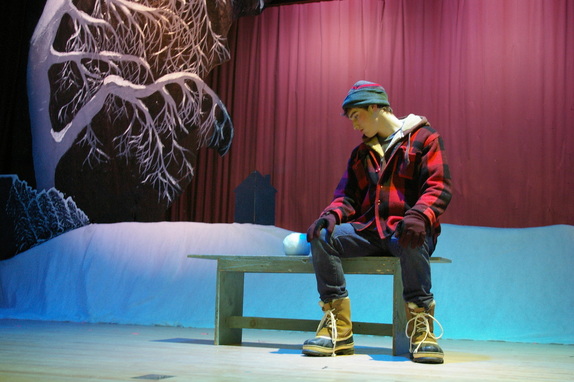 Zach Morkve keeps an eye on his snowball during the intermission of “Almost Maine."
Editor’s Note: The reporter/writer of this review had an on-stage role.
​
By Raegan Young
Every year, Bonny Eagle Drama Club puts on a fall production, with multiple acts,  in November. All the fall shows over the years have proven to be good choices. But there will never be another play like Almost, Maine.
The play is based in northern Maine, in a town that is almost a town, simply because the residents “never got organized.” Quietly charming, each scene depicts a different relationship and a different form of love. Every line is witty, clever, and smartly sweet. This praise goes to the Maine-native playwright, John Cariani, but the cast was remarkable too.
The Drama Club got a very talented group of freshmen this year, who really stole the show. All five freshmen in the cast were excellent.  Emily Eberhart and Bailey Sawyer played out one of the funniest scenes, as ex-boyfriend and girlfriend. Bailey’s Jimmy had loveably hopeless social skills and gave the audience a real ab workout, until junior Tia DeSimone adorably stole the end of the scene, giving Jimmy the happy ending the whole crowd was waiting for.
The upperclassmen performed the same fantastic way. sophomore Rose Michelson and senior Zachary Morkve had beautiful mini-scenes to begin and end the play, tying the whole world of Almost together. Junior and first-time actor Ashley Flint gracefully pulled off the steamy angry and fast-paced girlfriend to end the first act, and senior Waice Falconeri, along with dual-rolled sophomore Hunter Nadeau, happily opened the second act with the accidentaly in love best friends.
Homeschooled senior Magnolia Gray skillfully executed a crushing role of a frustrated wife in an unhappy marriage, which only prepared the audience for junior Rosalie Thomas’s and senior Josh Conley’s wonderful performance in heart-string ripping roles.
Although the work we see on stage is breath-taking, none of it would be possible without the work from the superb tech crew. Stage managers Allison Fitzpatrick, Dylan Francis and Andrew Pierce had everything under control. Lighting and scene changes were smooth and invisible, under the leadership of lighting director Courtney Grant and Props Manager Abbey Spring. The set itself was gorgeous, taken up mostly by a wide expanse of stars, or the ever lovely aurora borealis.
Overall, the performances couldn’t have gone better. Being a part of a successful show feels like a million bucks. A thank you to everyone who came to see it, and an invitation to all who want to see the next show!
A loyal audience member, Carol Regan said, “Bonny Eagle never disappoints!”.

Scenes from the show. Click on each thumbnail to expand it. 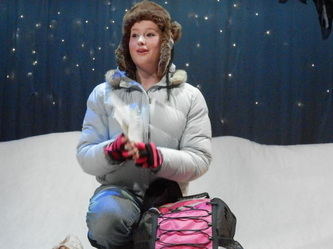 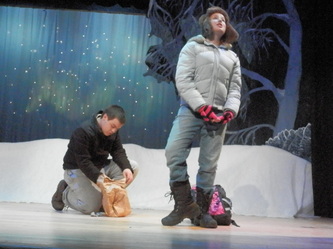 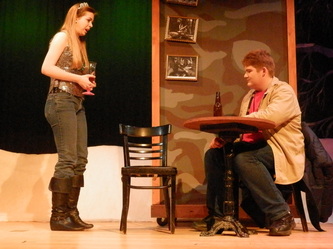 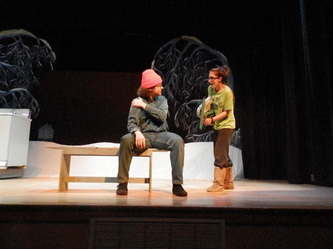 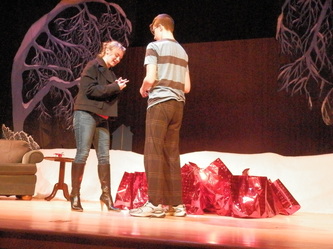 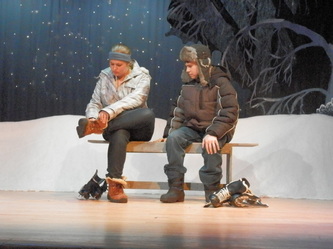 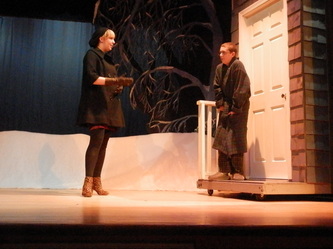 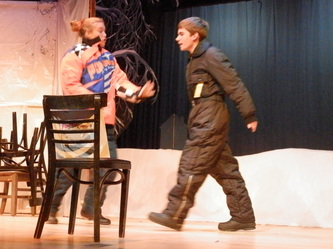 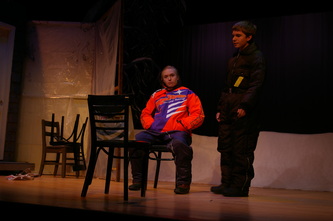