Queen of the outlandish bares her soul in new documentary 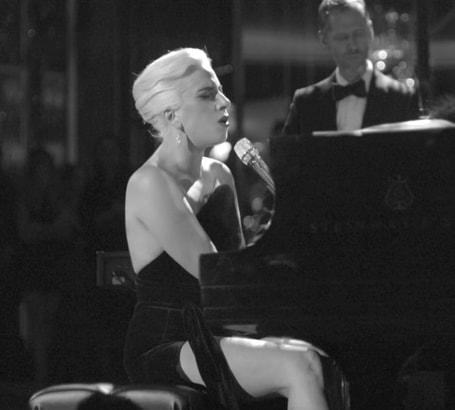 Lady Gaga performs in a scene from Five Foot Two. Netflix photo.
By Connor Boulay
In Five Foot Two, a documentary directed by Chris Moukarbel, the woman known for her outlandish style and appetite for the odd strips down her pop-icon look for a more toned-down style. This documentary is more about the music and the stories they tell, as opposed to Lady Gaga’s outrageousness.
The Grammy award-winning artist Lady Gaga unveils who she is as a musician, artist and performer, But even more than that, she reveals who she is behind the scenes. She shows her darkest moments and shares new truths that we have never heard. Five foot two is an eye-opening documentary that gives the viewer a more human look at such a seemingly untouchable celebrity.
The documentary takes place before her now iconic Super Bowl performance last February. It shows her day- to-day life, with cameras recording her and friends, family, and pets.
We also see her creative process as she works with producer Mark Ronson to create her latest studio album, “Joanne.”  The film also gives us a peek into her more personal side talking about her  fibromyalgia and the constant pain she is in because of it.
We are able to watch an emotional visit with her grandparents. She talks about her Aunt Joanne, who passed away as a teenager and who is Gaga’s muse for the new album. When Gaga plays the song named for Joanne, and the line, “Heaven’s not ready for you,” you can see the hurt in her grandmother’s eyes.
Gaga says she gets her strength and talent from her late aunt's spirit/legacy.
We also see the professional side of Gaga: the perfectionist who works to entertain the world and her many fans. As she gets ready for her Super Bowl performance, she pushes herself and her team to give it their all, but to most of all enjoy it.
Five Foot Two is a great documentary that gives the world a peek into Lady Gaga's life and shows the strength she has­—not only as a performer but as a person.