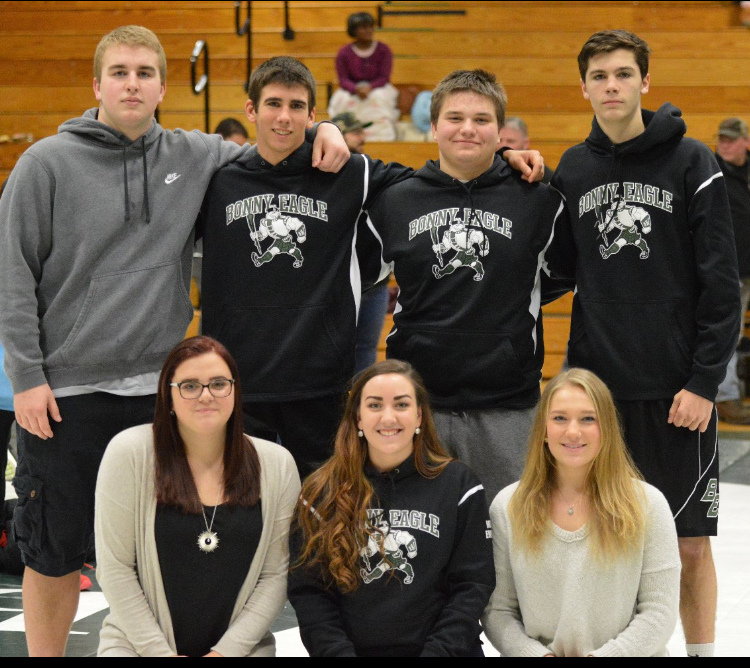 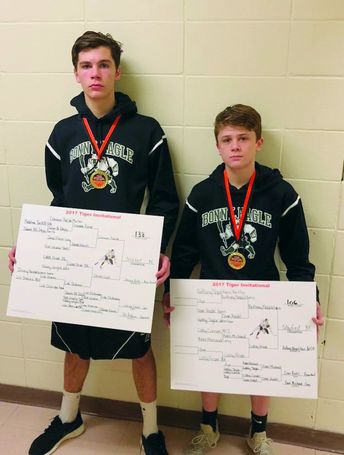 Caleb Frost, left, and his freshman brother Colby brought wrestling some much-needed credibility this year. Photo courtesy of Caleb Frost.
BY HAYDN GOULET
Although it may not be as popular as basketball or football, the fan base for wrestling has grown immensely this year.  Seniors Caleb Frost, Tyler Fitz, Alex Smith, and star freshman Colby Frost have all played a key role in the expansion of the wrestling fan base. As a team, they only had a 4-10 record, but those four had great individual records.
Alex Smith has had a decorated high school athletic career. From winning a state championship in football his junior year, to making states his junior year for wrestling, sports play a huge role in his life. Alex wrestled his entire middle school career, but once he hit his freshman year of high school, he had a sudden change of heart.
“I quit wrestling because I wanted to try basketball,” said Alex. “But after a couple of years of being away from it, I realized how much I missed all the benefits of the sport. The intense training and the relationships are a key part about why I decided to come back.”
Caleb, although battling through some adversity throughout his wrestling career, has established himself as one of the best in his weight class (132 pounds) throughout the state. Many speculate it must run in the family, because his brother Colby wrestled in 29 matches this year as a freshman, and won 27 of them.
Six months before the season started, Colby knew he was going to be the varsity 106-pounder. The only problem was that he weighed 83 pounds before the school year started. No one thought he would gain enough to wrestle at 106, but he came in at 104 pounds on the first day of practice. It took a lot of food and working out to get him to where he needed to be. Colby ended up losing in the state finals to Skowhegan’s Jake Craig. He still qualified for the New England Championship where he finished 2-2.
The whole team knows that Colby takes wrestling very seriously. His goal is to reach the most wins in Bonny Eagle High School history and be a state champ. Next year Colby will have to go from 106 to 120 pounds because his twin brothers will be coming up from the middle school.
“I'm gonna have to get bigger and stronger,” he predicts. “But I know I will have the skill and technique to compete.”
The star seniors do not have plans to wrestle after high school. However, they feel as they have left their mark as wrestlers for Bonny Eagle. They gave life to the sport, and had fun doing it. Even though it was mentally and physically draining, they all agree that it was more than worth it. As far as the future goes for the sport at Bonny Eagle, it seems to be in good hands. Coach Josh Lund is ready for the challenge of developing the younger guys as the seniors move on in life. ​
​       “Being 27-2 feels good considering this has been my whole life,” said Colby. “I can’t wait to see what (the rest of) my high school career brings.” 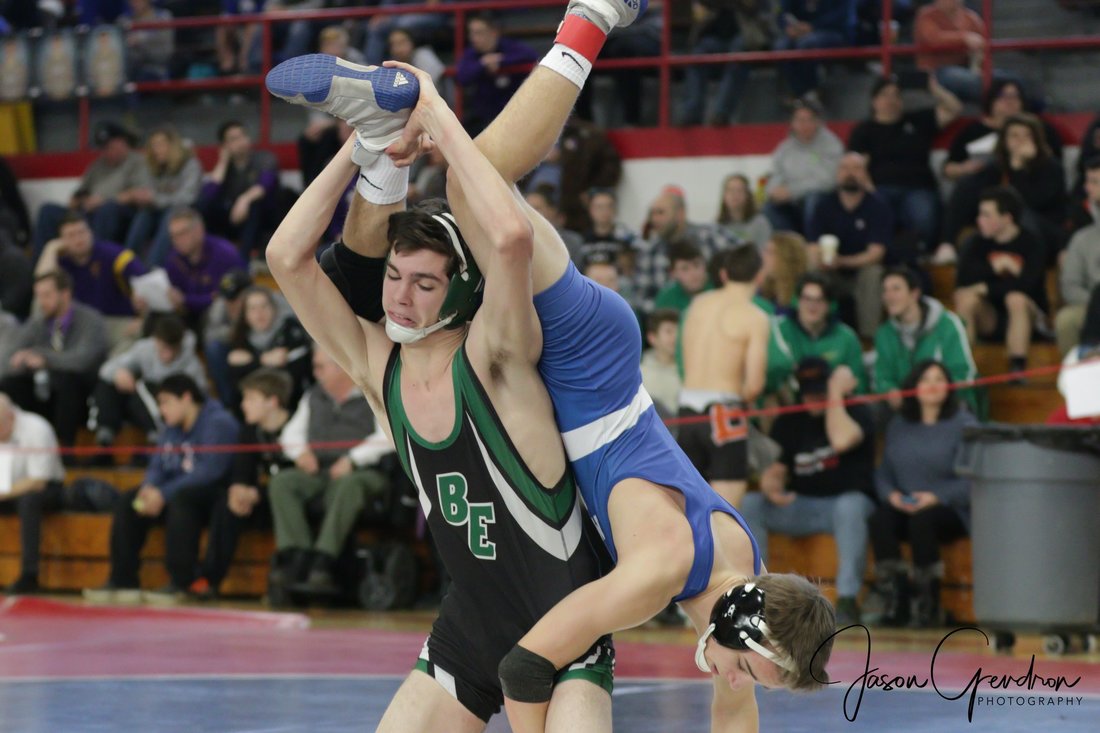