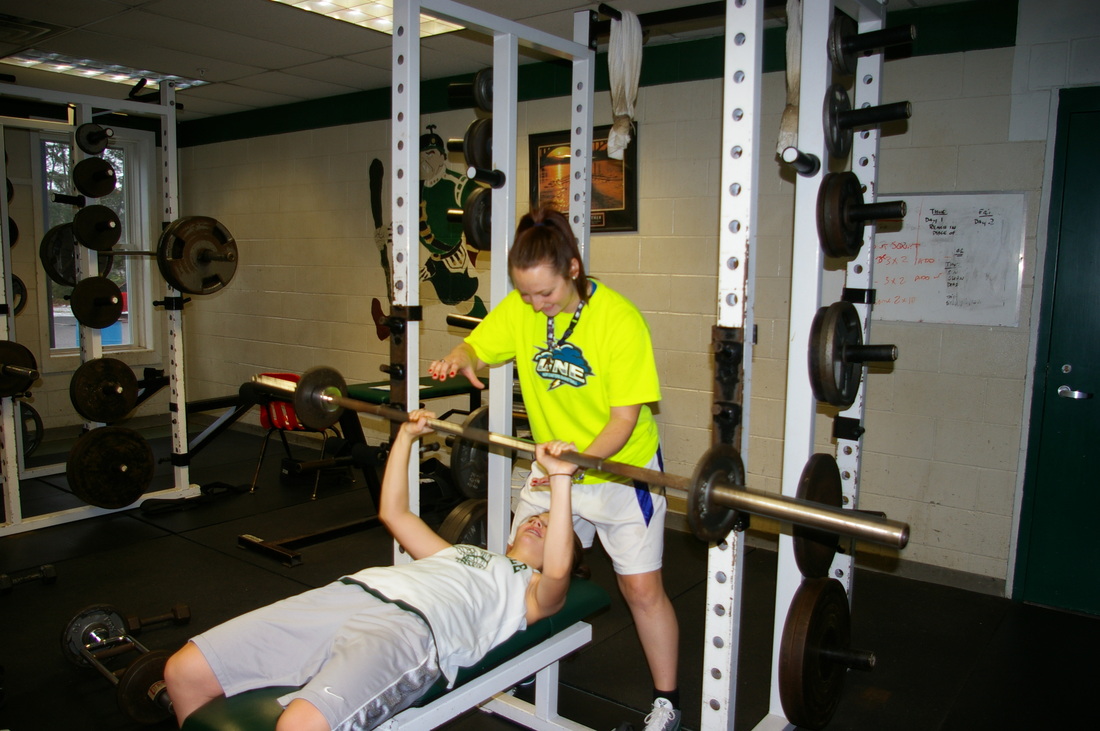 A Lady Scot for Life

Former star excited to return to BEHS this year
By Megan Brown
This year the girls basketball team got a new assistant coach. Lyndie Libby, a former Lady Scot herself, was hired to assist varsity coach Suzanne Rondeau.
Coach Libby started playing basketball at the age of 8. Her cousins and best friend played, so she decided to try.
“No one would have ever guessed how important the game would become to me and my family,” she said.
Coach Libby graduated from Bonny Eagle in 2007. After graduating she went to the University of New England and graduated with a major in applied exercise science. She became a certified personal trainer and certified strength and conditioning specialist through the National Strength and Conditioning Association. She also minored in psychology.
Coach Libby played basketball all four years at Bonny Eagle High School. She went through ups and downs while playing but never stopped. She broke her right ankle two days before high school freshman tryouts and her left ankle during sophomore year.  She tore her left ACL also during sophomore year, which caused her to lose the majority of  that season. She tore her right ACL her senior year at UNE. She also fractured her neck during her sophomore year in college, though she didn’t know of this until recently.
Coach Libby says her injuries help her grow.
“Most people define their careers by their statistics, wins and losses, but I have been defined by what I have had to battle through in order to keep playing the game I love...injuries made me a much stronger athlete, person and student.”

At BEHS, Coach Libby was the starting point guard all four years and was an  SMAA Honorable Mention All-Star all four years. Her team  went to the Western Maine quarterfinals her junior year.
Now Coach Libby works at Planet Fitness as the fitness specialist. She meets with each person and designs personal exercise programs based on individual needs.
“I teach people how to safely and effectively train their bodies .... about the importance of muscular strength and endurance, balance, stability, flexibility, and proper nutrition,” she says.
She also works with the Lady Scots on strength and conditioning.
“It’s great to have a strength coach working with us because it’s going to help us in the long run.,” said freshman Olivia Dalphonse.
The players on the team didn’t know Coach Libby as a Lady Scot, but they like having someone so recently graduated on the sidelines supporting them.
“I love her demeanor. She’s a great addition to the team,” said freshman Caitlyn Haxwell.
“It’s great to have a coach so young to talk to,” agreed freshman Jessica Ray. “It’s awesome to have her back.”
Coach Libby loves the idea of being back at Bonny Eagle.
“My whole family and fiancee graduated from Bonny Eagle and I have a huge appreciation for the school and the opportunities I have always been given here,  first as a student-athlete and now as a coach,” she said. “I'll always be a Lady Scot at heart!”