Sweet Senior Stories
​from the Class of 2018 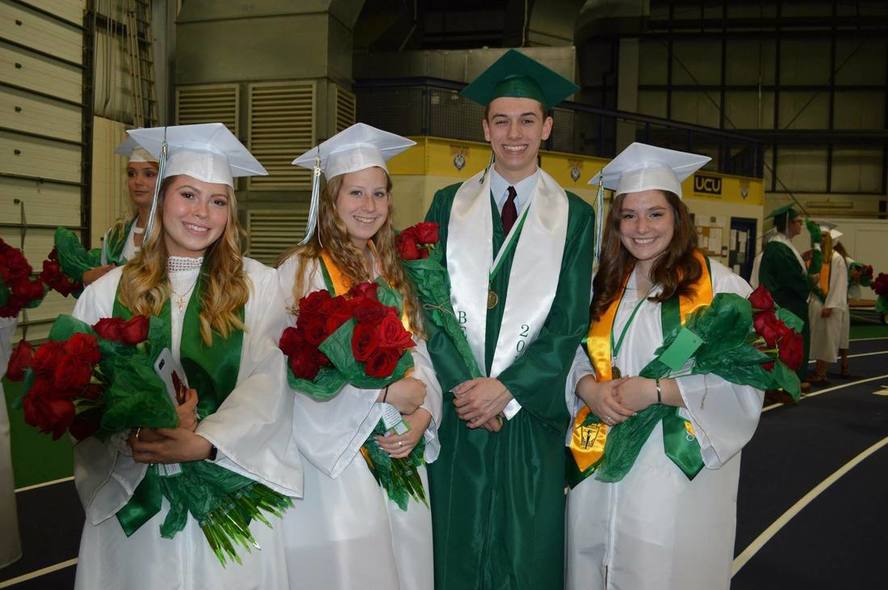 BY LEA PILLSBURY
Weekends in Brunswick to visit my Dad, riding our bikes to Mister     Bagel in the summer,  ice skating at the green in the winter, baking lemon breads with my Nana, water balloon fights, hours of manhunt, countless sleepovers with neighborhood friends, my pink heelys and my blue dollhouse: these are the things I remember when I look back at my childhood.
As graduation approaches, many high school seniors can’t help reminiscing about childhood memories. It’s weird to think the people that watched you grow up—the people that have seen you almost every day since the age of five—will soon be part of your past. As the Class of 2018 goes off into the real world, the Eagle Times asked some seniors to share their favorite memories of growing up.
For me personally, racing off the sweltering hot bus and up the dirt driveway into my cousin’s house, quickly changing into swimsuits and running out to the pool is the first thing that comes to mind when I think of my early school days. My best friends growing up were my little brother Lewin and my cousin Ryan, and those bonds have not faded one bit.
Jenna Litif reminisced on learning how to snowboard when she was six.
“It’s still one of my favorite things to do,” she says. “It’s cool to be able to look back on memories with my siblings and parents, especially when they include things I still love to do.”
For Journey Barnes, memories of growing up are not so local. Moving to Maine from Texas in the fifth grade was a hard adjustment, but now she says, “I couldn’t imagine it any other way.”
Among her favorite childhood memories, were visits to family for reunions in Waco, Texas.
“I remember playing hide and seek on the farms and driving around golf carts with my cousins. I love looking back at my memories from Texas.”
Haydn Goulet shared a comical event as he looked back on his childhood memories. Hayden said, “Get ready for this one” and laughed. He recounted the time he found a dead bald eagle in his front yard at the age of six, saying, “I saw the dead eagle in my yard and I just thought it was a toy, so I brought it inside into my room and played with it.”
Haydn says his mom was shocked when she found him playing with a dead bird in his room. Needless to say, he didn’t get to keep it.
Some memories were a bit more poignant. Saydee Berthiaume is a cancer survivor and shared that her favorite childhood memory was going to Disney World for her “Make a Wish” vacation 10 years ago. She and her family flew to Florida to what she describes as “the most amazing thing that an eight-year-old can experience.” At the time she was still fighting cancer and she says the trip “brought some happiness to a hard time.”
Another unique memory was shared by Shaine Patterson and Christian Napolitano about Shaine’s iconic 3rd grade birthday party. He recounted how his dad “lifted a tarp up off of a picnic table and the entire table was covered with crowbars and baseball bats and we were all a little confused.”
He says his dad then pointed to a broken-down van in the driveway and told the boys to “get after it.”
Haydn Goutlet joined Shaine and Christian in their reminiscing of this memory, and the three laughed thinking back on how it must have looked having a group of 8-year-old boys smashing in a van with baseball bats.
When Ms. Lannin said, “It must have at least gotten some of your frustration out,” Shaine replied, “The only frustration I had was not being able to smash in that van’s windshield.”
The theme of friendships that have lasted years seemed to continue as other stories from seniors unfolded.
Jamie Bryant and Jenny Viera met the summer before sixth grade and now, nearly seven years later, the two live together and have formed a lifelong bond. Jamie says, “Meeting Jenny brought a lot of happiness to a hard time in my life.”
As soon as the conversation of their friendship began, they proceeded to tell story after story about their times together—from Halloween parties, games of manhunt, summer camp, and snow tubing. Although not related by blood, they consider themselves more like sisters than most biological sisters do.
Although we seniors will be going our separate ways in a few days, the memories we have together will always be close to our hearts. 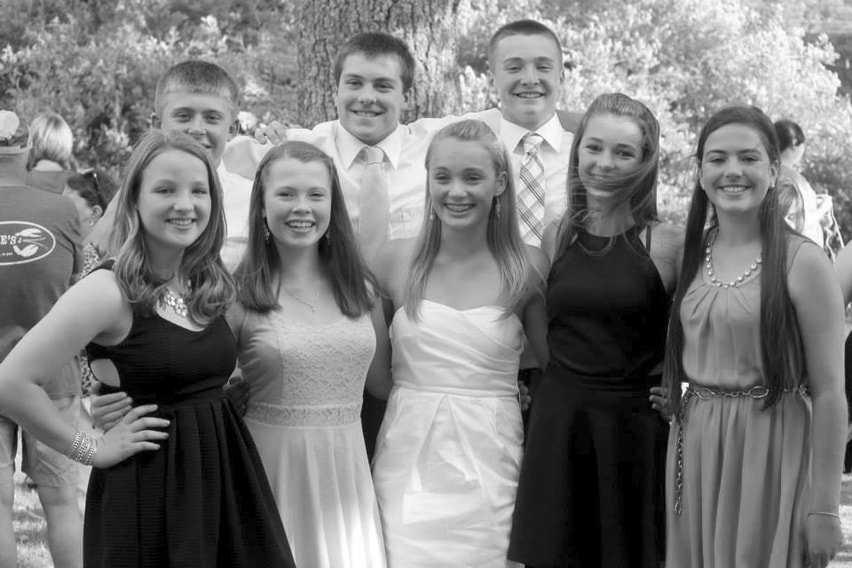