BY SARAH DEROCHER AND BRIAN WAKEM
​    The BEHS drama club's journey is over, but it's likely the participants won't soon forget the 2018 statewide one-act play competition. It all started with a trip to Camden-Hills Regional High School on March 9. The students, competing with their historical satire, Humbletown: The Greatest Town On Earth, crossed their fingers as the crowd roared its approval. They were competing against three other Class A schools (schools with 500+ students): Camden Hills Regional High School, Waterville High School, and Edward Little High School.
Bonny Eagle's performance was on the first day of competition. While the cast and crew knew that it had been one of their best performances yet, they were informed shortly after they finished that they had exceeded the time limit by 5 seconds, and that they had been disqualified. The students, angry and disappointed, headed back to their hotel for the night.
But, on Saturday morning, they arrived at the theater to discover that after an appeal, they had been put back into the competition. After watching six more plays performed by schools from both Class A and B, Bonny Eagle waited for the results to be announced. The members of the cast and crew sat, their hands joined, whispering prayers.  Finally, they heard: “The winner of the Class A Regionals at Camden Hills Regional High School is... Bonny Eagle!"
Cheers rang out as the drama students ran down to the stage to get their trophy. The first place award meant that Bonny Eagle would be advancing to compete in the state championship festival March 23 and 24 at Windham High School. The Class A runner up was Camden Hills Regional High School, with its play The Idiot and The Oddity.
Bonny Eagle also walked away with five All Festival cast awards. They went to Michaella Tillo, Mia White, March Steiger, Eliza Fowler, and Lakadi Reid.
On March 24,  Bonny Eagle was the last to perform at the state level competition, held at Windham High School. Once they all gathered around after the show, they "felt we were on cloud 9," said Marisa Pierce, who played the role of Humblepie.
Things didn't go as well at the state level, however. Bonny Eagle's performance was clearly among the audience favorites, but the judges were not as impressed. Bonny Eagle lost out to Mount Desert Island High School's performance of "Jack, or the Submission." Even the host, Windham High School's MC, said "that was a hell of a way to end a festival."
"There was constant laughter," said Tyler Murphy, a tech for the show. "We were definitely the crowd favorite, but not the favorite in the judges' eyes."

Student-directed play warms up the audience 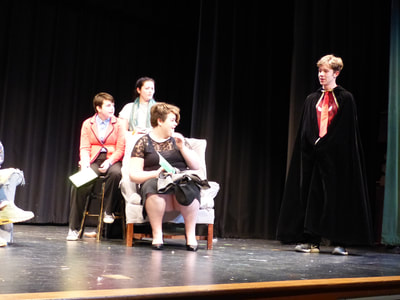 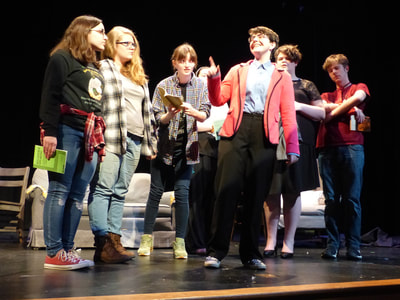 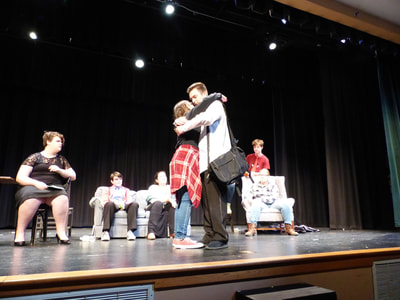 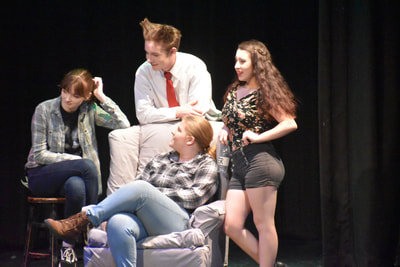 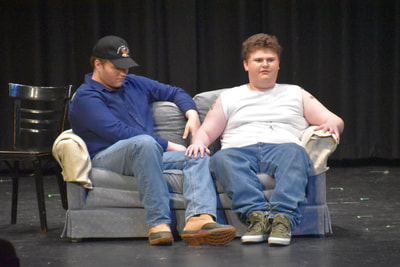 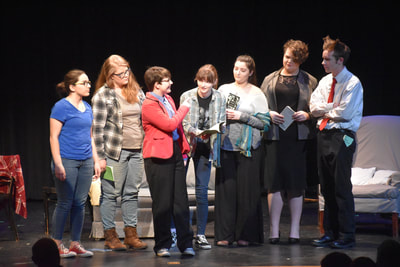