Tik Tokker goes with the flow 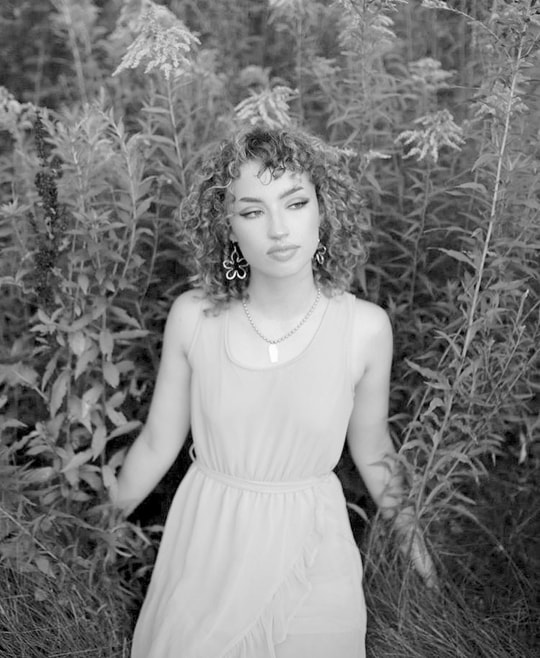 By Cadence Howard
Being famous on an app that millions of people use every day might seem out of reach, but despite how ludicrous it may seem we have our very own famous TikToker here at Bonny Eagle.
If you use the popular app TikTok, you’re probably familiar with the username Jumpingspider, especially if you’re from Bonny Eagle. Eliza Fowler or Jumpingspider is a junior here at Bonny Eagle. She has drummed up over half a million followers on the app and is getting thousands more by the day, so many that the New York Times took notice of her in a story about the popularity of TikTok.
Although many users try to get famous by following well-known trends, Eliza wasn’t even trying when it happened.
“I just started making TikTok videos because I thought it was fun,” she said. “And then people started liking them.”             She said that she has even been noticed in public on various occasions by fans who have asked her if they could take a picture with her.
Eliza recalls that the first video that made her famous was of her dancing to “Cherry Bomb” by The Runaways.             “When it started to blow up I would just be getting notifications, like 100 more likes every time I refreshed. I remember I was super excited about it,” she said. “People started liking what I was making, and it felt really good.”
Unlike most famous TikTokers who plan out their videos with carefully choreographed dances, Eliza says she just goes with the flow.
“Whichever sound I’m using I just kind of get inspired by it” she says, adding that the app helps her channel her creativity.
Like everything good, it comes with some downfalls. “I do get harrassed sometimes” says Eliza. “It seems like once someone gains a following online, a lot of people forget that they’re still a human being, with feelings.”
She says that she mostly just tries to ignore those comments, although sometimes they get to her. When her mental health isn’t the best, she tries to distance herself from the internet and find ways to relax and get away from her mind.              Along with drawing, drama is a great distraction for her when she is feeling down,.“The people there make me really happy,” she says.
Eliza also excels in art.
BEHS art teacher Ms. Peg Maxwell, says “Eliza is a walking work of art, and her artwork pretty much exemplifies that. She puts herself into the work as much as she puts the work into herself.”
Ms. Maxwell wasn’t surprised at all when she heard about Eliza’s fame on the app.
“Like I said, she’s just a walking work of art and she’s putting that into the videos,” Ms. Maxwell says.
If you see Eliza in the hallways make sure to say hi. “I’m like the least judgmental person,” she says. “I try to be as nice as possible.”
And, for all of the aspiring Tik Tok stars out there, Eliza’s advice is to be original.